Celebrating the completion of 100 successful episodes, the lead protagonist of the show Genda Agarwal essayed by Shrenu Parikh shares, “It feels like yesterday when the whole team gathered for the first reading of the show. It has been a dream run for the entire team that has been giving its best to keep the viewers engaged and entertained. I am glad to see the response the show has garnered and the competition of 100 episodes only encourages us further to take the entertainment quotient notches higher. When I was first offered the role, I was sceptical as I had to shift to Jaipur for the same, but now I feel it was the best decision that I could ever make. I feel blessed to essay the role of Genda, which is such a positive and pure character. I am glad people have loved Genda and all the other characters that make the show one of its kind. I would like to thank all the viewers for the constant love and support that they have shown to the show.” 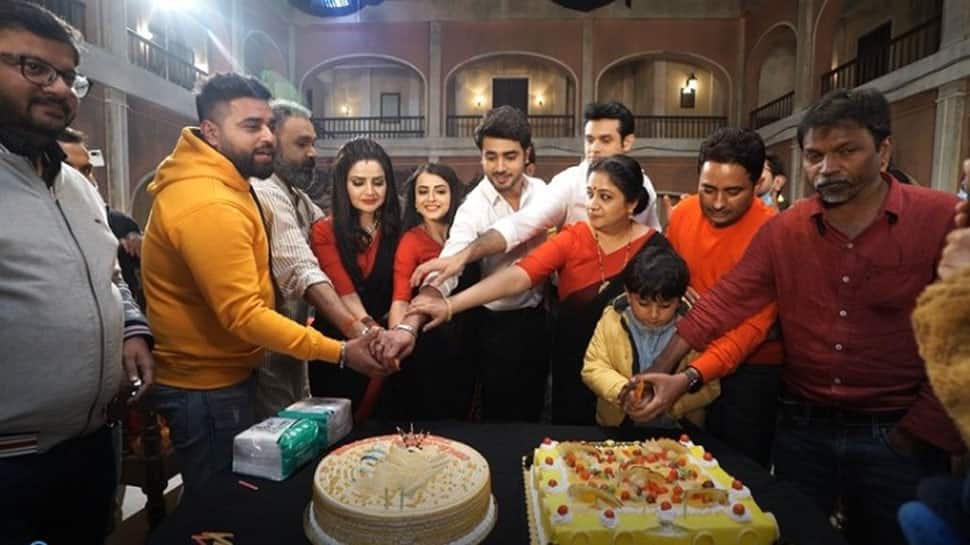 Akshay Mhatre who portrays the role of Varun Agarwal said, “It has been a joyful journey to be with the Ghar Ek Mandir- Kripa Agrasen Maharaja Ki team. I could not even realise when we crossed this milestone of 100 episodes! I am proud of the whole team that has been delivering the best to make it a successful show. The best thing that I received through the show is the love of the viewers. There are numerous fan pages created for the show and its characters. It just fills my heart with immense happiness. All I want to say is that this is just the beginning, picture abhi baaki hai mere dost!” Sai Ballal as Kundan Agarwal shares, “I somehow knew that this show is going to achieve many milestones and the completion of 100 episodes is just the beginning. The concept that the makers have brought forward is not just unique but very relatable which makes it a ‘Har ghar ki kahani’. The curiosity to know about the teachings of Agrasen Maharaja and then its incorporation in Genda’s life has brought about a change in the narrative of Indian Television. I take immense pride in being a part of such a show. I am sure together we will cross many more milestones and make this show a show of a lifetime.”