Sonam Kapoor who’s delivered a baby boy in August is dishing out major ‘mommy’ goals as she’s back to being a stunner in no time. Meanwhile, she’s also enjoying being a doting mom to her son ‘Vayu’. While last week, the actress was spotted in a chic avatar as she headed to Delhi for the launch of her husband Anan Ahuja’s store, the actress was seen in the city today looking gorgeous.

Sonam was spotted wearing a bright yellow ethnic hair. She tied her hair into a bun and accessorised it with gajra and a pair of statement earrings. She waved and smiled at the paparazzi.


In no time post her delivery, Sonam is back in shape and looks quite fit. The actress has also been speaking of her pregnancy experiences and is having a ball sharing relatable new mom memes. For instance, Sonam shared this post yesterday and her husband Anand agreed. 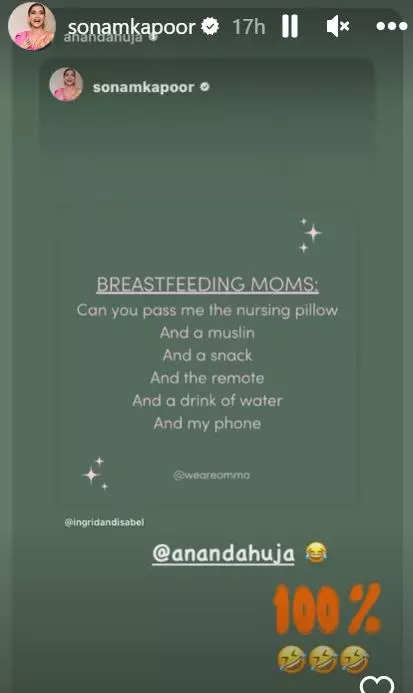 Aren’t they adorable? Sonam is quite at her candid best as always even post her pregnancy and netizens are loving this avatar of hers.

On work front, the actress had finished shooting for her movie ‘Blind’ before she got pregnant. The film also stars Purab Kohli, Vinay Pathak and Lilette Dubey. The makers are planning for an OTT release of the film as per reports.

Vicky Kaushal says he’s not the perfect husband, but is trying to be the best version of the husband he can be to Katrina...

How can you make legitimate money online?

Crystal Tech News - September 24, 2021 0
How can you make legitimate money online? Everyone knows about avatars. There are 100 million emojis that people are using on social media every...

How do I do drop shipping without money?

Happy Birthday Prabhas: 5 upcoming movies of the ‘Baahubali’ actor to...