New Delhi: Actress Malaika Arora, who is currently judging ‘India’s Best Dancer season 3’ beat her sister Amrita Arora in a match of arm-wrestling at their mom’s Christmas lunch feast. The actress shared the video of her arm-wrestling fight on her Instagram stories.

In the video we can see, despite trying hard, Amrita lost to her elder sister Malaika. The latter’s son Arhaan can be seen sitting in the background with his plate full of food. He recently came back to India from the US, where he has gone to pursue higher education. Malaika and ex-husband Arbaaz Khan were earlier spotted at the airport, where they went to pick Arhaan up.

Malaika was dressed in a white short dress with red and black print on it. Whereas, Amrita wore a blingy green short dress.

Malaika’s boyfriend Arjun Kapoor also attended the Christmas party. The couple earlier went to the Maldives to spend some romantic time together. 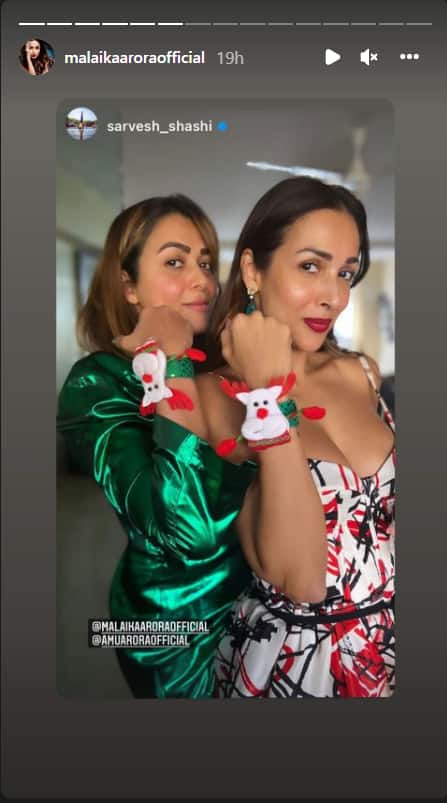 Amrita Arora has recently recovered from COVID-19. Her best friend actress, Kareena Kapoor Khan was also tested positive for COVID but has now fully recovered. She was spotted attending Kunal Kapoor’s Christmas party along with her husband Saif Ali Khan and kids Taimur and Jehangir.