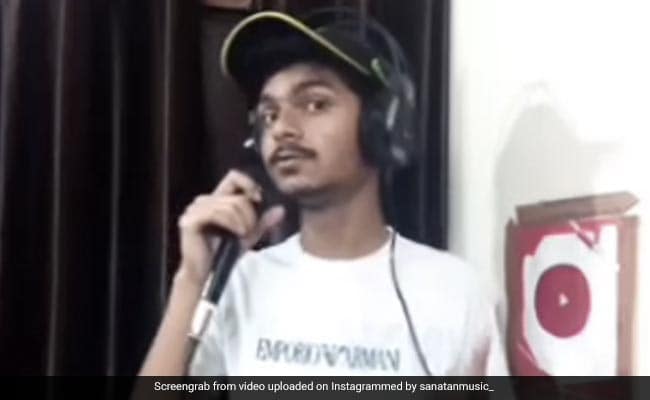 The video has amassed more than 8 million views

Soon after the video went viral, Mr Kakkar responded to the video, he wrote, “Zor zor se bolke sabko schemein bata rahe ho btw loved it,” (You are telling everyone the schemes out loud, btw loved it.)

Check out the video:

The video has amassed more than 8 million views on the social media platform, along with 1 million likes and several comments. A user wrote, ” actually like this song, Drop it on all platforms.” Another user wrote, “But yours is better than Tony bhaiya.”

“You made an anthem for “papa ki pari” bro . Now this will be used in every papa ki pari video,” the third user wrote. “Lyrics is better than that of tony kakkar,” the fourth expressed.

Meanwhile, singer Tony Kakkar has often expressed the struggles and the criticism that he has received especially on social media. In an ‘Ask Me Anything’ session on Twitter, the singer talked about trolls and how he deals with them. He said, “Kuch toh log kahenge.. I know what my music has given me. My home, my cars, my daily Starbucks ..Everything !! Bina khilono(toys) ke bachpan beeta hai..”

Meta Threatens To Remove News From Facebook If US Congress Passes...

Biden After UN Vote On Ukraine